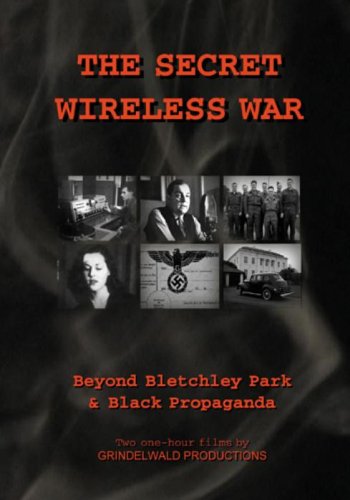 This week at Pine Trees, we will be viewing a DVD entitled ‘The Secret Wireless War’ which is in two parts. The part being show this week is called ‘Beyond Bletchley Park’ and deals with the role of Voluntary Intercepts (VIs) during WWII, many of which were Radio Amateurs. The film contains interviews with several wireless operators such as Bob King, Maurice Richardson and Wilf Neal who tell of their wartime experiences. The Whaddon spy set is examined and also the story is told of why a number of Packard automobiles were acquired to become mobile transmitter/receiver units.

The film was originally produced in 2002 and was remastered in 2014 with some new footage. The second part of the DVD, ‘Black Propaganda’, which deals with the secret British broadcasts against the Axis forces in WWII will be shown in several weeks’ time.

The DVD is being shown with the kind permission of David & Debra Rixon of Grindelwald Productions Ltd. and I thank them for their quick & polite response to my E-mail request to show their films to SDARC.

The DVD is available from their Amazon store here :- https://www.amazon.co.uk/Secret-Wireless-War-David-Rixon/dp/B000ECXBFK and their main website, which includes many walking and other DVDs, is available here:- http://www.grindelwald.co.uk

We hope to see you Thursday night from 7pm at Pine Trees to watch the film!