Last week it was announced that two very popular books that had gone out of print have been made available electronically for free. This is great news! 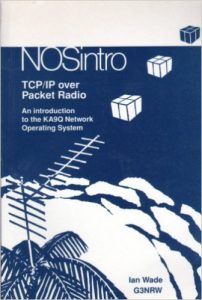 In NOSintro you’ll find a wealth of practical information, hints and tips for setting up and maintaining the KA9Q Network Operating System (NOS).

The book concentrates on KA9Q in a packet radio environment, but most of the coverage is applicable to dial-up use via a modem as well.

The emphasis is on hands-on practicalities. You’ll see exactly:

Theoretical coverage is kept to a minimum – just enough to provide a framework for the hands-on sessions, so you get a good understanding of what’s happening without being submerged in a morass of superfluous detail. 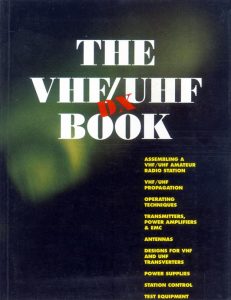 ‘The VHF/UHF DX Book’ was written in the early to mid-1990s by a team of experienced VHF/UHF DXers and equipment developers, in an effort to pass on our knowledge and stimulate further developments. But eventually the book went out of print, and information of lasting value became trapped on the printed pages.

To keep that information alive for future generations of VHF/UHF DXers, a digital replica of the Second Printing (1995) has now been released as a free download, by kind permission of the copyright owner TRPublishing and its proprietor Trevor Preece.

As with all older books, the challenge for the reader is to separate the parts that are of lasting value from other parts that have become dated. But we make no apology for that; even the outdated parts remain an accurate snapshot of VHF/UHF DXing in its heyday.