JOTA is the largest Scouting event in the world with over 1 million Scouts participating across 150+ countries. The event is held the third weekend of October – for 2016 it was 14th, 15th & 16th October.

Held at 1st Stratton Scouts Hut, Kingsdown, Swindon on Saturday 15th October 2016. This was our first attempt at putting on a JOTA station for a while and I would like this to be an annual event.

We arrived on Friday evening to set up masts for the antenna, which went well but the first antenna tried did not want to play nicely (a G5RV) so we switched to an off centre fed windom antenna that after a little fettling worked ok.

On Saturday morning, we decided to use the club’s Kenwood TS590 that performed brilliantly for the duration of the event.

We had two demos, one for Morse code and one for the Phonetic Alphabet. These went quite well from the general feedback that we received and I think Phil enjoyed showing the qualities of morse code as a transmission medium.

Andrew M1CJE setup a data station and has made 23 contacts on PSK.

Our main operator Kevin G6FOP made 9 contacts on 40 Mtrs and 5 scouts passed messages over the air.

I would like to thank everyone who helped to make this day a success. Kevin G6FOP, Andy G0UWS, Russell M0RFI, Andrew M1CJE , Phil M0PBZ, Mike M5CBS. We also have to give thanks to the scout leaders and helpers who kept us supplied with cups of tea.

A few pictures from the event last weekend are below. 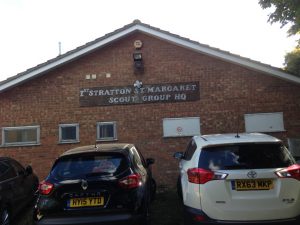 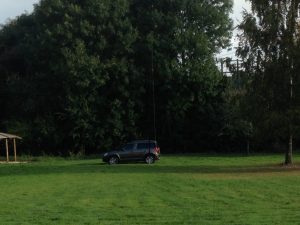 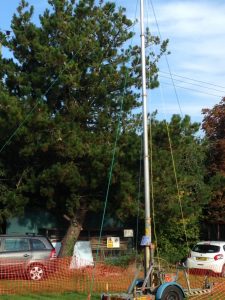 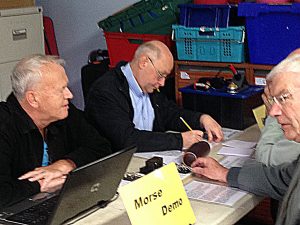 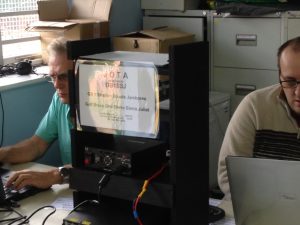