SDARC went “/P” this weekend to do something it hasn’t done properly for a number of years ! We took part in a 24 hour 2 metre contest ! A large team appeared on Saturday morning and, as per the “Plan”, we set about constructing a /P Contest Station ready for a 3pm BST Start.

The Station – modified in time honoured fashion as we went along (!!) – was set up in a truly superb fashion in a large mess tent (We even had a second tent to act as the “Generator room” !!) The set up quickly took shape to become a single TS2000 powered from both battery and a Generator powered mains PSU. This fed 30 Watts of RF into a solid state linear and on up to one of two compact yagis mounted at about 25 feet (both equipped with separate rotators). Signal routing was controlled by a remote switch and a sequencer to protect the masthead RX preamp shared by both yagis.

Thanks to superb teamwork by those setting up the kit, the whole station was READY and tested by mid day!! THAT was a incredible !!

We had a very good match to the aerials, getting well over 400 Watts out of the Linear! This was looking good! We stopped for lunch ! … another major accomplishment for a new team! ….and then tidied up wiring and even organised the ergonomics of the operating position and logging !

An Operating Schedule was agreed for the 8 operator team with everyone doing a one hour operating stint with the support of a second operator doing the logging on a laptop.

What we planned all went very well. We have to accept that we cannot organise the weather and it ‘precipitated’ down on Saturday afternoon big time! Being VHF, propagation conditions therefore seemed a bit flat.

Nevertheless from the 3pm start time until we stopped (due to a lack of contacts shortly before midnight) we worked stations all over the UK including GM, GW, GD, GU and even EI. We also worked several stations in F, DL, PE and ON! The station worked faultlessly and the Operators were very effective on the air, despite many being very new to this kind of operation. Well done lads!

We kicked off again early this morning (Sunday) in much better weather and the same Team of Operators worked a second one-hour session to complete the Contest at 3pm. Again all equipment performed without fault. By the end of the Contest, we had worked a total of 180 stations (2,194,840 total points with a best DX of DF0WD in JO42FD at a distance of 708km) – a truly superb effort which didn’t seem an effort – due to the excellent teamwork.

On behalf of the Committee, we would like to publicly thank everyone involved – the 8 Operators and the additional support team who provided that extra “oomph” to set things up on Saturday and strip things down Sunday afternoon – both in record time.

We would also like to thank all those Members who brought along all sorts of vital equipment and the expertise to deploy them that made the weekend the success it was. Nothing would have been possible without these resources. Many thanks to all.

If you were NOT with us this weekend, you missed a really good weekend !

Watch for details of our next /P contest and plan you weekend Pass-out now ! 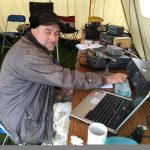 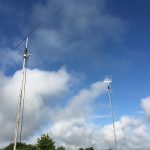 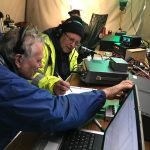 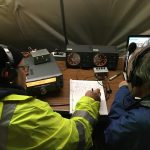 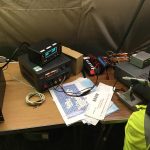 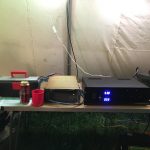 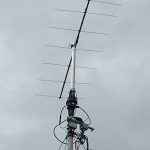 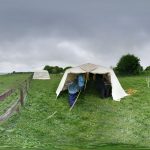 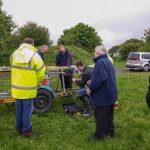 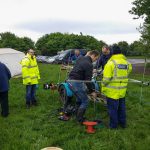 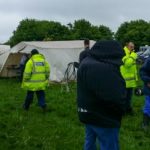 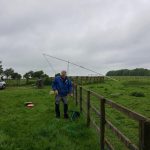 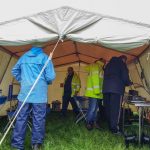 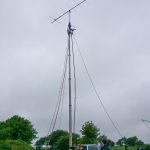 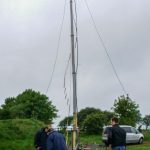 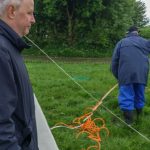 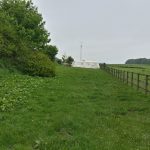 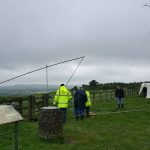 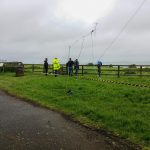 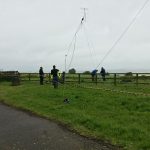 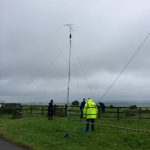 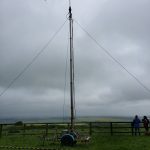 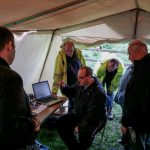 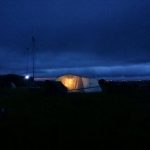 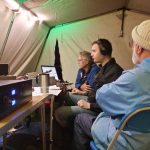 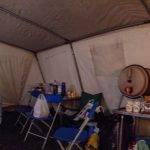 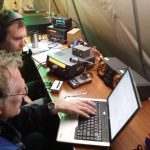