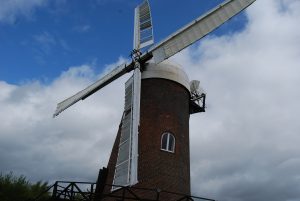 This is my second SES, for 2016 and third time for activating Wilton Windmill.

Myself (G1NCG) and John (G1OQV) activated the special Event call-sign of GB1WW for the week-end. The weather was very kind to us as we had a wonderful sunny week-end with no rain and a very gentle breeze. The week-end started on Friday afternoon for the pair of us, erecting the masts to haul the antenna into the air. We arrived early on Saturday morning to setup the the radio, but the initial radio decided not to play so we had to opt for the backup radio which John supplied. We have to note that this location is an ideal for operating a Special Event Station, one could almost say palatial in eventing terms as we had a warm and enclosed modern Shepard's hut with all mod cons including running water and power. Propagation conditions were reasonable but had a lack of G callsigns to begin with, being heard in favour of rather more distant ones from DK, F4, PA & GM.

This is John (G1OQV) manning the microphone for most of the week-end in which he did a very sterling job of making contacts, especially that he made contact with 12 mills on the air stations, so congratulations and well done John. We’ve since heard from other stations that were operating over the weekend, that propagation was at best difficult for most of them. We made some interesting contacts, Crux Eastern Wind Engine in Hampshire is one example as I remember these devices when I was a child seeing them around mainly near farms as they were used to pump water up out of an under ground well. Also the Dutch mill station De Oude Molen (Translated means The Old Mill) this is located at Oudemolensedijk, The Nederlands, which is registered with Denby Dale and counted towards our mills count for a certificate. Putting these mills on the air each year continues to keep some of our heritage in mind lest we for get our engineering achievements from years past.

The count for stations contacted was 46 in total with 44 verified.

Equipment used for this event was a Kenwood TS480 with an off centre fed dipole with short leg grounded for the antenna, and gave us reasonable results. 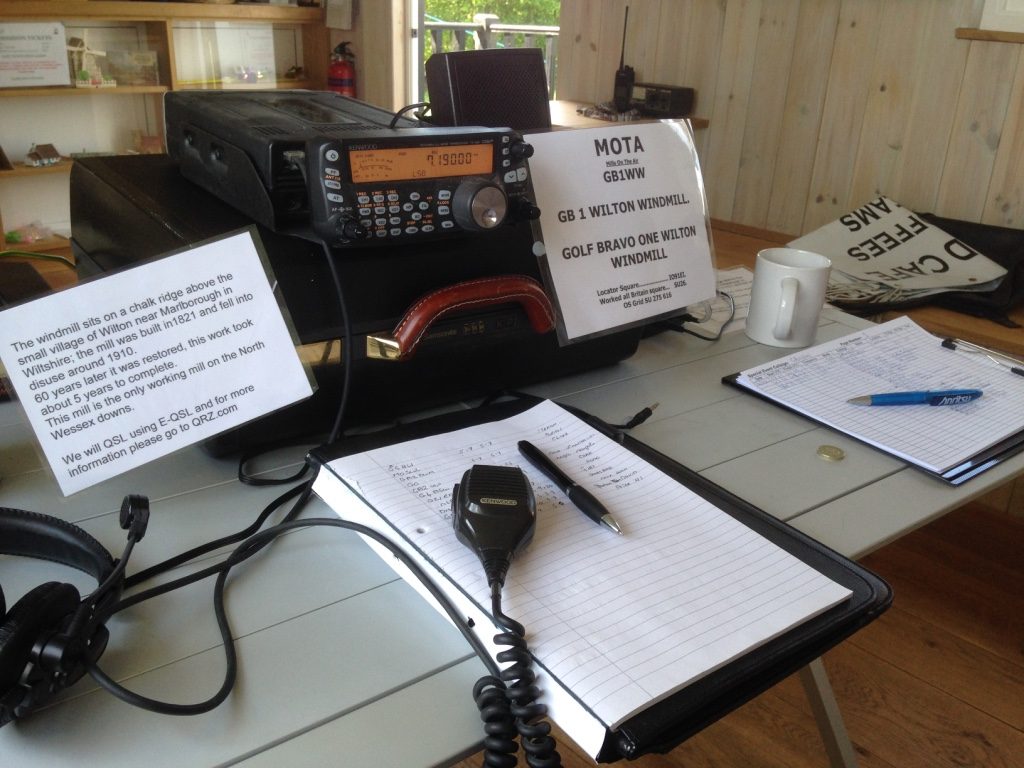 We had several Radio amateur visitors including Andrew M1CJE, Bryan M0SWL, Ian G0GRI , Rob G4XUT, Dave G4XIB, as well as a group of ramblers that used the mill as a resting point, on the Sunday.

A Big Thank You to the Windmill Society for allowing us to use their facilities at the mill and a thank you to them for keeping this Windmill working and producing flour.