The windless, brightening evening saw a good turnout for week three of our August gatherings at Barbury Castle. Some sixteen members attended, with six active stations – each with its own rig, antenna and power. It was Yaesu’s night as there were four stations using portable FT87x series transceivers. Others used Kenwood and Elecraft and an Icom IC 7400 was brought along for testing. The car park was full and members seemed to land-grab, with three stations M6FVJ and M5CBS occupying the Eastern end while the West end boys, M0ZGB, M0PBZ and M1DST, erected dipoles orientated North-South. Ed, M0OSM was in the middle.

Ed, M0OSM came along in his recently equipped mobile station based on an FT857 and ATAS, but to make the best of the location, Ed set-up his homebrew rotary dipole for 20m. With very favourable conditions on the band and using just 50W, Ed managed to work ER4DX (Moldova), ZS3Y (South Africa) and BD7BM (China) – very nice!!.

Phill M6FVJ, used his ultra-small FT817 and operated the rig, necklace-style rather like Mr. Spock’s tri-corder in Star Trek. Phill used a simple 22m long, end-fed wire antenna with an automatic ATU. Using just 5W, Phill managed to work Henry N1HEN in Maine on 20m – one of those QRP magic moments that you get from time to time.

Jonathan M0ZGB, using 100W from an FT857 into an inverted-V dipole for 17m worked 5B4VL, Andreas in Cyprus, and SM0OWX, Chris in Sweden. As sunset approached Jonathan managed to work VP8LP, Bob in the Falkland Islands likely due to Grey Line propagation.

Phil M0PBZ took his FT897 out for its second /P outing with fully charged batteries this time. Using a standard, 40m inverted-V antenna, at about 24 feet at the apex, Phil managed to work IU1VZF (SSB) and OH2AH (CW) and M1DST (CW) – who was just 10 feet away!!

James M1DST used his special band-selectable portable linked dipole antenna along with the Elecraft KX3. This antenna, supported at its centre with a 33 foot fibre glass pole is purpose-designed for portable activities. It offers resonant dipoles for several bands. James mainly used the event to test the KX3 but managed to work G4LDL on 70cm, Tim M6XTD using DMR and M0PBZ (CW) ten feet away just to raise his ‘Worked All Members’ CW score.

Mike M5CBS brought along his Kenwood TS 440S and used a short vertical with wires attached to its base, raised about 1.5 metres above the ground on a platform. Mike’s best dx for the night was R8FF in Moscow.

Michael G4HGV (note the call sign) recently acquired an Icom IC7400 from a lorry driver (interesting coincidence – HGV etc… ) and wanted to test it using one of the antennas. Initially, results on 80m using the long wire were not good as the ATU failed to get a workable match. Indeed the SWR was so high that Mike thought maybe the rig’s ATU might have been at fault. Ably assisted by Jerry M6JJG, the rig and battery was moved to Phil’s 40m Inverted-V. Instantly the ATU achieved a near perfect match, not surprisingly, and the rig burst into life with scores of stations right across the band. Michael allowed Phil to plug in his paddle key into the ‘7400 and immediately worked Finland on just 30W with a 599 report.

All in all, an excellent evening of playing radio with some nice DX in the process and with a variety of different antenna designs. Others who attended were Tony G4LDL, Andy G0UWS, Frank G3JOT, Tim M6XTB, Kevin G6FOP, Paul G0EPC, Russell M0RFI, Andrew M1CJE and Matthew 2E0WLF with his dog, Angel.

Next Thursday (25/08/2016) will be the last of the SDARC /P Barbury gatherings for 2016, so if you are a member, it’s well worth the trip. If you are thinking about exploring the hobby, take a trip up to Barbury Castle, weather permitting and see what Amateur Radio is all about. 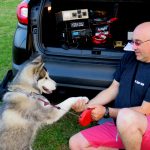 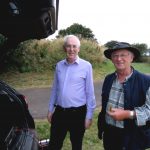 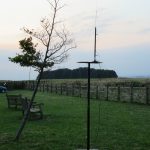 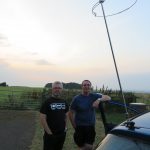 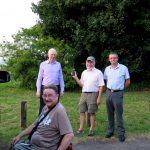 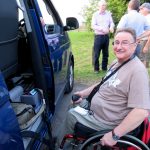 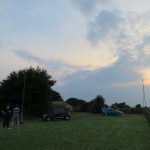 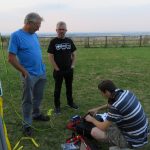 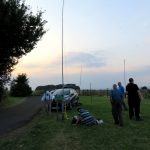 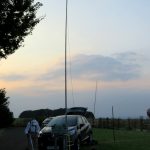 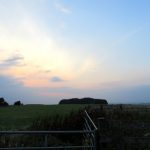 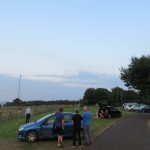 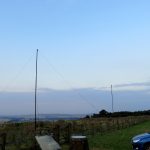 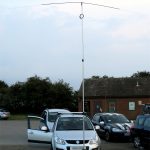 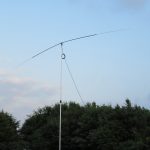 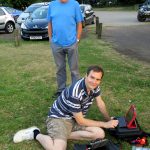 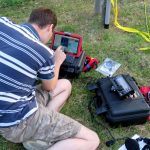 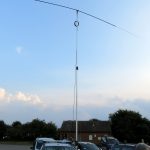 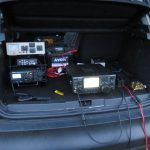